This post is for the week 3 assignment of the Coursera course Data Management and Visualization by Wesleyan University.

Instructions for this assignment:

STEP 1: Create graphs of your variables one at a time (univariate graphs).

STEP 2: Create a graph showing the association between your explanatory and response variables (bivariate graph).

What do these variables mean?

Based on the codes from the previous week, I added these codes to display the graphs:

The univariate graphs of three variables: 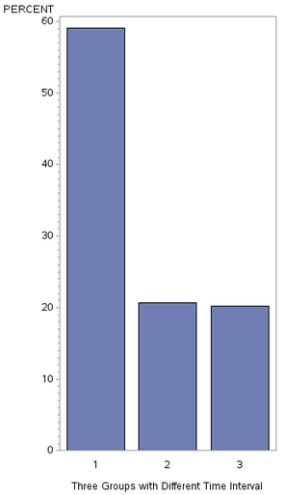 The first graph is unimodal, with its highest peak at the lowest category of 0 time interval. It seems to be skewed to the right.

The third graph is unimodal, with a higher pencent of people who didn’t attempt suicide (88%) compared to those who did (12%).

*Note: Responses were from those who had major depression at the time of interview.

Recoded Values for the response variable:

Therefore, the higher the y value is, the greater percent of people in that category attempted suicide.